How to become one, perks, and more…

I’m not sure when I decided to be a therapist…I read a book called ‘Dibs’, about a boy who had a one-on-one helper at his school, and that was definitely part of the beginning.

Then I did an internship, once I realized that my psychology degree was teaching me about the brain and not about helping people, which I found fascinating. I had definitely planned to be a psychologist, which I’m not.

Once I finished my master’s degree in 1995, I was ready to work for a while. I wanted to have babies, I was already married, and I was ready to be done with school.

I have been thinking lately that we really need more therapists. The media is encouraging people to go see a therapist, and in Texas, there are certainly a lot more than there were in Indiana.

But still not enough.

I decided to write about it, but first, I thought I’d ask some of my fellow therapists what helped them decide to go into this field.

I sent out some texts to different therapist friends about what has led them to be therapists.

One friend answered me back quickly. She told me that she was working for a place that was understaffed and she was working to balance that with taking care of her kids and her art.

Another friend, who owns her own private practice and provides solely Telehealth, talked about how she had initially planned to be a psychologist and started having children. She’s working on her PhD, but it will be in a different area from psychology.

Another friend I have talked about how she had a very lonely childhood with parents who are less than ideal. She wants to be there for kiddos the way that her therapist was there for her.

I remember another friend talking about the therapy she received as a teen, and how that led her to want to be a therapist. She talked about the positive experience she had, and wanting to provide that to someone else.

Another person I know talked about how she knew of someone with a brain injury who had made some mistakes with his behavior. Her work has led her to want to understand people, particularly those with brain injuries, and to be a person who can provide help to others.

What do you do for a living?

I learned fairly quickly that telling people that I am a therapist frequently had me listening to a story about someone in that person’s life who had a therapist, or who needed one.

At some point in the last few years, I have realized that it is important to embrace my field and what we do.

When people ask me my profession, I usually state that I am a therapist. I have been asked ‘Physical? Occupational?’

To which I answer ‘mental health’. I am working to say that I am a mental health therapist as a starting point.

You may have heard newscasters, morning show broadcasters, or even your everyday sitcoms start to integrate therapy into their stories and recommendations. We have heard from Michael Phelps, a spokesperson for TalkSpace, talking about the importance of therapy for him. For anyone who watches Ted Lasso, he is seeing a therapist for panic attacks that he is having following a death in his family.

A series on HBO last year with Nicole Kidman, named The Undoing, cast her as a therapist and in one of the early scenes she can be seen providing therapy, and in another one she is hesitantly interacting with someone.

We hear about how important it is to look for a therapist if you need someone to talk with, and ways to go about doing that.

Let’s be a Therapist!

My latest passion has been to work to get more therapists in the field.

There are currently three types of masters level therapists. There are those who have a Masters of Arts in counseling, which is what I have. To go that route, I encourage people to attend a CACREP accredited program.

The CACREP programs meet criteria to ensure that those graduating have been taught a specific number of skills. In Indiana, the accepted test is the NCMHCE, which is a vignette test. The license for masters level therapists in Indiana is LMHC.

In Texas, the accepted test is the NCC, which is a memorization test. The licensure in Texas for those who have passed the NCC test is LPC. In February, 2019, Texas began accepting the NCMHCE test and transitioning licenses from other states.

A second type of masters level degree is a Marriage and Family Therapist. The licensure for that is LMFT. Another route to go is to be a Clinical Social Worker.

All three types of degree have third party reimbursement, meaning that insurance will pay for sessions provided by a person with a license.

There are many benefits to being a therapist. The work is fascinating, and there’s no question that you are working to make a difference in people’s lives.

Personal and professional boundaries are important, and I would encourage anyone going into the field to work on these. There is variety in the work, and we are getting more respect as a field by the day. The stigma of therapy is getting less and less, and I would imagine that the reimbursement rates of insurance companies will follow suit at some point.

Feel free to email me at tparke@terriswritings.com if you are thinking about getting into the field.

It is a 2 year master’s degree, and people of all ages can go to school and get their degree.

Come join us…all the cool kids are doing it 🙂 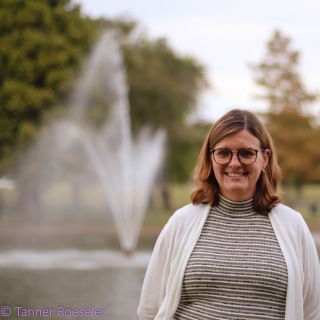