I love to lead staff.

I really enjoy building relationships where staff who are working begin to be able to do more and more on their own.

I also enjoy meeting with staff for what I usually call individual supervision where we  (the verb) ‘staff’, which means discussing the people they are working with and working to improve the skills the employee has, while at the same time I hear their perspectives on things that are going well and ideas they have to help the families make change to reduce the stresses in their own lives.

A few years ago, I had what I commonly refer to as ‘a really strong team’.

We were a group who enjoyed each other, which her its own perks and drawbacks, but for this team, it was a perk.

We had a group staff meeting each month.

At that staff meeting, I pre-printed an agenda which had pertinent information on it, such as processes that were changing or being updated, upcoming events where they had the opportunity to work at, and we staffed clients.

One of my staff referred to the staff meetings as a gathering where all of the kids come home.

For this group, we covered 4 counties in Indiana. One of the counties, Hamilton, has a huge number of people living in it, and 7 public school districts in it. Four of those are among the highest populated schools in the state, and one of them is among one of the most rural areas of the state where the closest grocery store is a 15 minute drive from the center of town.

The other 3 counties were very individualized as well. Madison County has one of the highest number of people in poverty and using illegal/non-prescribed drugs both in the state and nationwide.

Hancock is what is commonly referred to as a ‘bedroom’ community, with 4 school systems of its own ranging from just outside of Indianapolis (Marion County) to quite rural communities as well.

The final county in our area, where I was brought up, is Tipton. Tipton is historically a farm community with some of the richest soil in the nation where many of us who grew up there in the 80’s detassled corn.

So on these staff meetings, the 6 staff who served the 4 counties, our administrative assistant, and our safe sleep coordinator gathered with me to discuss upcoming events, things going well, and things to work on.

Recently, one of my staff from that time period posted a picture where she and her co-worker dressed as our male co-worker in his football jerseys.

Anytime you have a group that is cohesive and works well together, I think it is important to look back at what went well to try to re-create it.

For this group, I am listing below some of our strengths and areas that creative a positive work environment:

1. The job in and of itself is a hopeful job that allowed us to help people. We worked in prevention, which allowed us to work with families on a voluntary basis.

2. There was a whole lot of trust.

Three of the staff primarily worked in Madison County, and they developed a very close friendship with each other. They had a group chat where they were able to bounce ideas off of each other as they worked with some families in some extreme poverty.

3. Availability of office space.Three of the 4 counties had offices in them, which allowed the workers to have a place to land and decompress. The most isolated person was definitely based out of our Hancock County office, which was two rooms in a building with several other individual offices in there. This allowed her to get to know the services in the community on a closer level as she spent time in her office.

Each of the other counties had staff who worked in them who either lived in or near the community, which helped with the driving around the county and with their own sense of community.

5 Those staff meetings we loved? We ate at them. We started with having a bagel breakfast at our 10:00 meeting, but eventually switched to an 11-1 meeting time with lunch included and paid for by the agency to allow us to eat lunch. This allowed the staff to see clients prior to the meeting if they wanted, and it also gave us some casual, get your food time to discuss some of the ‘softer’ skills of their work.

6. It was a great team with great staff. I had hired, with the help of the VP above me, well and had a group that was skilled in many areas and helped each other.

The take-away from this article is this: think about how can you work well together with your team.

What can you do, that you have control of, to improve your work environment?

As in all situations, things evolve and change, and people who work in entry level positions who are pretty skilled in their role sometimes want to move up or move on.

As an employee, what can you do, in your role, to improve morale with your own behavior?

Recapping, my success story is not about one employee. It is about a work environment based on trust, workability, and good humor.

I hope you find some fun in your tasks today! It is sunny here, which always starts my day off a little better. 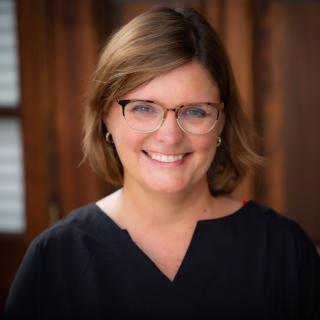